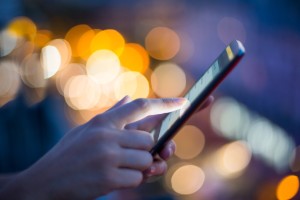 I am always on the lookout for good advice on topics critical to career transition success. The biggest success factor in a job campaign has remained constant during my 27 years of practice. Year after year, the odds of landing a new job with the direct or indirect involvement of a network sponsor ranges from 65 to 80%. When your networking is not working, fixing it needs to be a top priority.

With permission from leadership coach and regular Minneapolis Star Tribune contributor Liz Reyer, I am reprinting her recent Coach’s Corner column. In this month’s blog I will share both this article and a link to my most popular networking best practices blog.

Read Liz Reyer’s article first. Do an audit of your networking process and results, then consider what adjustments are in order for your next networking meeting. After that, take a look at my August, 2013 blog. How do your networking practices compared with what local recruiter Marcia Ballinger suggested during a 2013 speech, and in her excellent guide, The 20-Minute Networking Meeting?

Q: I am in the market for a new job and am trying to network to find opportunities. But people are not very responsive, and I’m wondering why it’s not working for me. Should I take it personally?

A: Networking is important, and depends on trust and mutual benefit. So, while there’s no point in taking the response personally, it would be valuable to reflect on your approach.

Think about some recent episodes. What strategies are you using? What steps are you taking? Many people will simply send an e-mail and leave it at that. Often this will be too passive, given the volume of e-mails these days. The tone of your contact is extremely important. Reread your e-mails or think about your voicemails. If you sound demanding or if your tone is “off” in some way, this will be a serious deterrent. Don’t rely on your own perception, because you’re likely to see what you want to see. Instead, ask a friend to give you feedback. As always, when seeking input, resist any impulse to argue or make excuses – use it as an opportunity to improve.

Now, here’s the hard part. Networking is not a quick turnaround strategy. Relationships need to be built over time and on a foundation of mutual benefit. If you are using a short term networking strategy, that could account for the indifferent response you’re receiving.

Given these factors, here are a few things to think about to improve your approach. In particular, consider addressing the following questions from the point of view of the person you’re reaching out to:

* Why should I trust you? Be able to explain, briefly, who you are, how you’re connected and why it’s safe for them to connect you with people they know. You’re asking people to take a reputational risk, so it’s fair to have to demonstrate your credibility.

* What do you want me to do? Do your research to know what you want, and then be specific in asking. If you can name a person you’d like to meet, mention that (and explain the reason you would like the introduction). If you’re trying to learn more about how their company works or opportunities in the industry, explain that. It’s your responsibility to make it easy for them to help you.

* What if I say no? Generally speaking, people want to be nice and like to be helpful. That said, sometimes there are constraints that presvent them from engaging.

If you can make it comfortable to say no, you’ll leave a better feeling with them. In the interest of building longer-term relationships, this is very important.

* What will I get in return? You may not have anything concrete to offer right now, but at least note that you’re committed to helping them – or someone they know – in the future. And then keep notes on something that may be interesting to them; even sending a link to an article they may like sends a positive message.

Remember, this is not “one and done.” Build an ongoing practice of relationship building to help further your career for the long run.