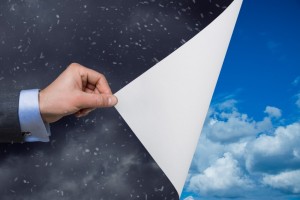 Eight years ago Jeff Tollefson was at a career crossroads. He was torn between continuing his career in the financial industry, and pursuing “Plan B”. Jeff had become increasingly frustrated with his work in finance, and needed a sign that would point him in a new direction. A three hundred word document entitled, What Will Matter?, by Michael Josephson became that sign. Jeff read those words often as he contemplated his departure from the familiar world of venture capital finance.

There were many questions. Could Jeff transfer his skills and knowledge to this new endeavor? Could he learn to successfully lead a non-profit? Would this be a good fit? After much consideration, including several more readings of What Will Matter?, Jeff accepted the offer. The results were amazing. In phase one of his “Plan B” career, Jeff helped Twin Cities Genesys Works grow exponentially over the next seven years.

This past year Jeff’s role with Genesys Works shifted from local to national. He is now the chief strategic growth officer, working to expand, strengthen and grow the program throughout the country. This month, Jeff was honored as a Titans of Technology “Community Hero” for his efforts with Genesys Works. This award recognizes individuals within the tech industry for their outstanding achievements in community involvement. To learn more about Jeff’s work and this award, here is a link to an April 15th article in the Minneapolis/St. Paul Business Journal.

These are the words that inspired Jeff Tollefson to transform his career.

What Will Matter?
by Michael Josephson

Ready or not, some day it will all come to an end.
There will be no more sunrises, no minutes, hours or days.
All the things you collected, whether treasured or forgotten
will pass to someone else.

Your wealth, fame and temporal power will shrivel to irrelevance.
It will not matter what you owned or what you were owed.
Your grudges, resentments, frustrations
and jealousies will finally disappear.

So too, your hopes, ambitions, plans and to-do lists will expire.
The wins and losses that once seemed so important will fade away.
It won’t matter where you came from
or what side of the tracks you lived on at the end.

It won’t matter whether you were beautiful or brilliant.
Even your gender and skin color will be irrelevant.

So what will matter?
How will the value of your days be measured?

When Networking Is Not Working Leaving Your Job? Get Ready For These Five Questions
Scroll to top