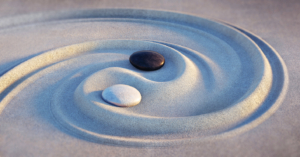 “The test of a first-rate intelligence is the ability to hold two opposed ideas in the mind at the same time, and still retain the ability to function.”

Many reading this blog will recall the 2001 book Good To Great, by business guru Jim Collins. This was one of the most widely read and discussed business books in the early 2000s. The book’s goal was to answer this question, “Why do some companies make the leap from good to great, and others don’t?”

As we navigate this Covid-19 pandemic, in these racially charged times, we are searching for success and survival strategies wherever we can find them. Watch this three minute video, featuring Jim Collins, or read his script below, and you will learn about the Stockdale Paradox.

The lessons shared by Admiral Jim Stockdale, born from seven torturous years in a Viet Nam prison camp, simply and brilliantly teach us about success and survival during the most difficult times of our lives.

Below is my transcription from the Stockdale Paradox segment of his speech. Click here to view this three minute Jim Collins presentation.

“I would like to give you a way of thinking that has been enormously helpful to me. It came from the Good to Great research for dealing with great difficulty, and it was what came to be called the Stockdale Paradox. The Stockdale Paradox was taught to us when we were trying to make sense of the great CEOs. While we were trying to do that I just, by chance, got to know Admiral Jim Stockdale, the highest ranked military officer in the Hanoi Hilton, shot down in 1967, and was there till 1974.

They could pull him out at any time and torture him, and they did. He was tortured over twenty times. I had the privilege to get to know Admiral Stockdale. We were going to the faculty club one day and I had read his book on love and war that was written in alternating chapters by himself and his wife about their years when he was in the camp. I got depressed reading the book, because it seemed so bleak, it seemed so difficult.

It seems like we can all endure something if we know it is going to come to an end, and we know when, but what if you don’t know if it is ever going to end? And you certainly don’t know when. So I asked Admiral Stockdale how he dealt with that, and he said, “You have to realize that I never got depressed because I never, ever wavered in my faith that not only I would get out, but I would turn being in the camp into the defining event of my life. That, in retrospect, I would not trade.”

Later, when we were up the hill, I asked him, “Mr. Stockdale, who didn’t make it out that were as strong as you?” and he said, “Easy, it was the optimists.” I said, “The optimists? You said that you were optimistic.” And he said, “No, I was not optimistic. I never wavered in my faith that I would prevail in the end, but I was not optimistic.” And I said “What is the difference?” And he said, “Well the optimists always thought we would be out by Christmas, and of course Christmas would come and go, and then we were going to be out by Easter or Thanksgiving and then Christmas would come again and they died of a broken heart.”

And that is when Admiral Stockdale grabbed me by the shoulders and said, “This is what I learned. When you are facing great calamity, great difficulty, great uncertainty, you have to, on the one hand, never confuse the need for unwavering faith that you will find a way to prevail in the end with, on the other hand, the discipline to confront the most brutal facts we actually face, and we are not getting out of here by Christmas.”

Powerful Words for Challenging Times Life & Work After 60… Create your future, guided by your past.
Scroll to top