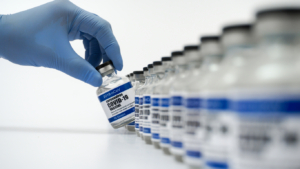 In this entry I offer you three of my favorite video clips, that take only a total of eight minutes to watch. I also include a transcript for each video. I hope you will be uplifted, humored, and strengthened, in preparation for brighter days ahead.

Watch this three minute video, or read the transcript below, to help you anticipate better times ahead. It moved me deeply.
Click here to learn more about the creation of this amazing video.

When will all this end?
When this will all end…

She sleeps. Our world, she slumbers. Beneath the moon, the stars, the midnight sky, she sleeps, perchance to dream. To her, Mr. Sandman goes.

To us he brings dreams, fever dreams. In dreams we remember what was. We think about what is. We imagine what might be, what can be, what will be.

We’ll see heroes jaded, and bloody, and exhausted, and sick and tired and glittering and loved. We’ll see entire nations come together to honor the bravery of those who showed up day after day, night after night, to serve them.

We’ll see a world coming out of hibernation from behind screens, a world that will stop staring and start again on a life less ordinary. When this will all end we’ll see waterfalls, beaches, crocodiles, speeches. We’ll see birds flying high, sun in the sky, and “Hi Nina, we’ll know how you feel, with a new dawn, new day, new life.” And damn it will feel good.

And when this will all end, our hearts will have broken, with millions of tiny shattered tears.

But hearts are strong, and they’ll mend. And as they do they’ll soldier and soldier and grow and flourish, and sew and flow with our souls together, and these souls will too be stronger because of this, and when this will all end we will all be reunited.

So now just for a minute, let’s imagine it. The moment you’ll hear that voice again, see that face again, feel that embrace again.
And we will embrace. The old, the young, the family, the friends, the friendly rivals, the rival rivals, those you would not have thought twice about touching before.

And we will cry. Oh we will cry. Fat, hot, wet tears will flow down our faces and we will hold each other tight, and for far too long, because when this will all end, it won’t feel right to ever let go again.

And when this will all end, you’ll ask me to dance, and I will say yah, let’s dance. For the dawn of a new world, for those we love, for those we have lost, for another chance. And you’ll put on your red shoes and dance my blues away.

And this, this will all end.

In this excerpt from the movie City Slickers, Billy Crystal delivers some good laughs, as he describes life stages to his son’s classmates. Pay special attention to the kids’ and teacher’s reaction in the video. This is a one minute cautionary tale. Spoiler Alert: Billy does find “that one thing” by the end of this uplifting movie.

When you’re a teenager you think you can do anything, and you do. Your twenties are a blur. Your thirties, you raise your family, you make a little money and you think to yourself, “What happened to my twenties?”

Your forties, you grow a little pot belly, you grow another chin. The music starts to get too loud and one of your old girlfriends from high school becomes a grandmother. Your fifties you have a minor surgery. You’ll call it a procedure, but it’s a surgery.

Your sixties you have a major surgery. The music is still loud but it doesn’t matter because you can’t hear it anyway. Seventies, you and the wife retire to Fort Lauderdale, you start eating dinner at two, lunch around ten, breakfast the night before. And you spend most of your time wandering around malls looking for the ultimate in soft yogurt and muttering “how come the kids don’t call?”

By your eighties, you’ve had a major stroke, and you end up babbling to some Jamaican nurse who your wife can’t stand but who you call Mama. Any questions?

Resilience, Video #3
(after clicking this open, advance to the 15:50 minute mark and the video will begin in the correct section.)

This is a three minute excerpt from one of the most widely viewed and highly rated TED talks ever produced. Psychologist Amy Cuddy teaches us about resilience, using the phrase “fake it till you become it.” Her story will inspire you, and offer a powerful psychological tool for building resilience.

When I was 19, I was in a really bad car accident. I was thrown out of a car, rolled several times. And I woke up in a head injury rehab ward, and I had been withdrawn from college, and I learned that my IQ had dropped by two standard deviations, which was very traumatic. I knew my IQ because I had identified with being smart, and I had been called gifted as a child. So I’m taken out of college, I keep trying to go back. They say, “You’re not going to finish college. Just, you know, there are other things for you to do, but that’s not going to work out for you.”

Eventually I graduated from college. It took me four years longer than my peers, and I convinced someone, my angel advisor, Susan Fiske, to take me on, and so I ended up at Princeton, and I was like, I am not supposed to be here. I am an impostor. And the night before my first-year talk, and the first-year talk at Princeton is a 20-minute talk to 20 people. That’s it. I was so afraid of being found out the next day that I called her and said, “I’m quitting.”

So that’s what I did. Five years in grad school, a few years, you know, I’m at Northwestern, I moved to Harvard, I’m at Harvard, I’m not really thinking about it anymore, but for a long time I had been thinking, “Not supposed to be here.”

So at the end of my first year at Harvard, a student who had not talked in class the entire semester, who I had said, “Look, you’ve gotta participate or else you’re going to fail,” came into my office. I really didn’t know her at all. She came in totally defeated, and she said, “I’m not supposed to be here.”

And that was the moment for me. Because two things happened. One was that I realized, oh my gosh, I don’t feel like that anymore. I don’t feel that anymore, but she does, and I get that feeling. And the second was, she is supposed to be here! Like, she can fake it, she can become it.

My holiday wish for you is that the words and videos within this blog will help you have a more hopeful holiday season, followed by a happier New Year.

Here’s to hope, humor, resilience, and brighter days ahead!