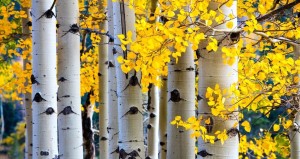 Earlier this month I heard an excellent Aspen Ideas Festival talk on public radio with New York Times columnist David Brooks and Arthur Brooks, President of the American Enterprise Institute, on the topic of finding meaning at work. In this month’s blog I will share my favorite excerpts from this speech, which can be found in the July 4th edition of The Atlantic. If you would like to see the entire presentation from the Aspen Ideas Festival, click this link.

“Work becomes more satisfying when I think about the daily grind as a means of pursuing loftier ideals.” (David Brooks)

“There are moments when ideas are flowing and I’m making connections and the structure is flowing into place, when I’m crawling around moving the papers around the piles, those are just the best moments of my job. It’s like a form of prayer almost.” (David Brooks)

“The happiest people feel like they’re needed,” David Brooks said. “The greatest engine of misery in our society is a sense of social and economic superfluousness”-a sense, he added, that is contributing to the anger on display in U.S. politics today.

Still, David Brooks cautioned that dwelling on serving others has its drawbacks. He cited the English author Dorothy Sayers, who argued that when you try to serve a community, you can become fixated on whether the community sufficiently appreciates your efforts. Sayers said the best way to truly help a community is to seek to do your job well-to primarily serve the work itself.

David Brooks recommended asking what you would do if you weren’t afraid. “I find fear is a super-good GPS director of where you want to go even if there are social obstacles in the way.”

6. Be conscious of life stages

“Those who do the best, who end up really quite happy, they spend their 20s and 30s making their big discoveries” (Arthur Brooks). “That’s when their flashes of insight happen. … In their 40s and 50s, people in intellectual industries in particular, they tend to do their best expositional work. They do their best writing. … They don’t have that many new ideas. But they’re really good at getting those ideas [that they had in their 20s and 30s] across.

But David Brooks disagreed. He said he’s found that some of the happiest people are those who’ve divided their life into different chapters: “I think, as you go through life, it’s important to shift ground continually, and rediscover that 20s period. … If I were still writing now about the subjects I was writing about 13 years ago, it would be horrible.” He noted that artists like Titian have reached their creative peaks in their later years.

7. Don’t invest everything in work

“The happiest people according to all the best studies, have a balanced portfolio,” Arthur Brooks said. “You need to balance your life portfolio between four things: the transcendental, which is to say the spiritual things bigger than you; your family; your community, which is your service and your friendships; and earning your success through meaningful work that creates value. Faith, family, community, and work.”

“If you have [only] one thing, you have an unbalanced portfolio,” Brooks added. It’s as if “your whole life is in Greek bonds. … Don’t take the risk.”