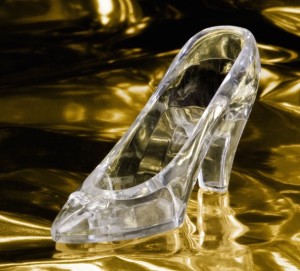 We all know the Cinderella story and many others that end in “happily ever after.” When it comes to modern companies and jobs, “ever after” ended decades ago. Today it is “for now and, with some luck, for the next several years.” I am an eternal optimist, but this is a cautionary blog. I will share a story of a former client who thought he had the perfect opportunity, but missed an obvious warning sign during his job interview. I will end with an update on what might have happened in Cinderella’s next chapter, and begin with a reference to an epic Greek poem about mitigating risk and deliverance from danger before it’s too late.

When I first meet with clients, I often describe one chapter from The Odyssey. The lead character, Odysseus, is preparing to sail on his next adventure and is told to watch out for the sirens down river. These sirens have the most beautiful voices the world has ever known, but use their seductive song to lure sailors to their death. Odysseus longs to hear the siren song, but not endanger his ship or crew.

He asks his sailors to strap him to the mast so he can hear the beautiful music, but no matter how much he pleads with them to stay the course, they must redirect the ship if danger is too near. Odysseus instructed his sailors to put wax in their ears and watch closely as the sirens drew near. He was thus able to satisfy his curiosity, but not become seduced and destroyed by the sirens.

Years ago when I started working with a new client, he told me a story that resembled that Odyssey chapter, minus the sailors and the mast. He described a past job interview, telling me that he loved the job (a step up for him), the organization (a blue chip firm with a great reputation), and the location and salary. Prior to the job interview, this seemed the perfect opportunity. In the middle of the interview, however, his future boss took a phone call. He began swearing at the person on the other end of the line. It was a horrible rant that went on for a long time, then the boss returned to the interview as if nothing had happened.

The candidate ignored, or somehow rationalized, the boss’ tirade. He was offered the job, took it, and lasted six months. The boss was just as awful as you might imagine. The job candidate heard only the siren’s call, and ignored the clues that preceded an ugly next chapter.

Be sure to put the boss on the top of your list of considerations when interviewing. Have your own version of the sailors who can strap you to the mast if you are inclined to go too fast or too far with an opportunity that is flawed in some fundamental way. Pursue your next calling with optimism, passion and your eyes wide open. Be careful what you wish for.

I miss my stepmother. What a thing to say,
but it’s true. The prince is so boring: four
hours to dress and then the cheering throngs.
Again. The page who holds the door is cute
enough to eat. Where is he once Mr. Charming
kisses my forehead goodnight?
Every morning I gaze out a casement window
at the hunters, dark men with blood on their
boots who joke and mount, their black trousers
straining, rough beards, calloused hands, selfish,
abrupt…
Oh, dear diary—I am lost in ever after:
those insufferable birds, someone in every
room with a lute, the queen calling me to look
at another painting of her son, this time
holding the transparent slipper I wish
I’d never seen.