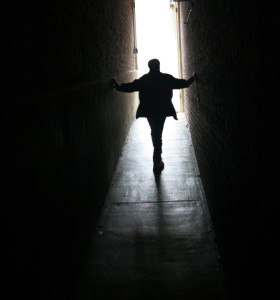 William Bridges, author of Transitions: Making Sense of Life’s Changes (Perseus Books, 1980, last reprinted in 2004), is a great source of wisdom and guidance when transitions bring about major work/life disruptions. Career transition coaches have turned to Bridges’ books and teachings as a principal resource since they first appeared in 1980. To follow is an excerpt from a Modern Maturity Magazine interview with William Bridges in the early 1990’s (author and date could not be found). Bridges believes that people experience three distinct phases during transition periods:

THE ENDING: When you feel a strong sense that a work or life phase has passed.
NEUTRAL ZONE: When confusion and emptiness dominate.
THE NEW BEGINNING: When you discover a passion amid
confusion, and slowly nurture a new possibility.

The ending is perhaps the most difficult phase. The loss of a job can change people in fundamental ways that often challenge their sense of who they are. But recognizing that an ending has occurred, and living with the uncertainty that follows, is the foundation for launching a new start. “The biggest danger for most people,” Bridges says, “is choosing something (else) too quickly.”

Fully experiencing the feelings that accompany the ending—the loss of identity, acute disenchantment, a sense of disorientation—allows you to pass into the second phase, which is marked by emptiness. Although many people itch to begin something new, it is important, Bridges says, to take this time to discover what you really want to do, without the noisy distractions of ill-directed action.

The start of the final stage might come through an intuitive insight, a vision of the future, perhaps even a dream, a fleeting image, impression, or idea. This phase is almost always accompanied by fear over the loss of familiar patterns and the old sense of self. But as a new identity emerges, says Bridges, “You can grasp it and help it come along.” At this stage, it’s important to take action rather than remain in a constant state of readiness.

Bridges emphasizes the need to proceed step by step, resisting the temptation for a quick fix. Fixating on results, which might be slow to come, can leave you disillusioned and depressed, preventing forward movement. The smallest of steps early on can lay the groundwork for the leaps that take place later. And each transition occurs at its own internal pace. As Bridges says, “The only way you can speed it up is through awareness.”