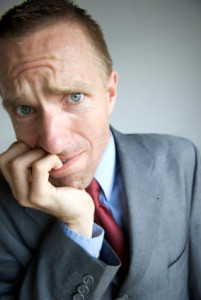 Over the years, the “What are your weaknesses?” inquiry has befuddled and stressed out my clients more than just about any other interview question. In some ways, it is a no win situation; damned if you do, damned if you don’t answer directly. To follow is the advice I typically offer to my clients as they prepare for the possibility of the “W” question.

First of all, consider a philosophical perspective. Doesn’t every boss hope that when (not if) someone makes a mistake, they will own up to that mistake? Further, wouldn’t any boss hope to hear that after accepting responsibility for a mistake or a shortcoming, action would be taken to rectify the problem, and the lesson learned would serve to minimize or eliminate the problem occurring in the future? This, in essence, is one very good framework for your answer.

Let the interviewer know that looking back, you have made mistakes or have had shortcomings, have accepted responsibility for these mistakes/shortcomings, have then taken actions to effectively deal with them, and have ultimately become more effective as a leader as the result of this learning process. Proceed to give a historical example that is relevant (but not too scary) to the work that you are interviewing for. Use the “CAR”, challenge then actions then results format when telling the story, and by so doing, you will demonstrate that you don’t just speak in generalities, but rather you can back up your claims with real and relevant examples. You are human, you make mistakes, come up short from time to time (we all do), and you are committed to learning from your mistakes and shoring up deficiencies.

I reference past mistakes and weakness here. I am suggesting that none of us needs to position ourselves as a possible bearer of some ongoing weakness that we just can’t seem to address, and will likely bring with us to the next job. This can create a crisis of confidence on the part of the prospective employer if they think you are reasonably likely to have future problems of a similar nature. If you have a problem, you need to reveal how you have been able to deal with it in a past, present and/or near term way.

Sometimes a past weakness has been converted to a strength, but could easily slide back to weakness status if not consistently addressed. A memorable example of this came from an HR internal recruiter when speaking to a career transition group I was running a few years back. This man suggested that the group consider finding an example similar to his story. He told us that his answer to the weakness question in a job interview would have to include the disclosure that he is an introvert, and would tend to avoid public speaking in the past. Since public speaking in his job was important to his success, he made a decision a few years back to engage in public speaking on a regular basis. He went on to tell the group that public speaking has now become a strength, but it certainly would not be if he had let his natural tendencies dictate his choices.

He recognized his limitations, took responsibility and action, and has now become strong in what would have become a career limiting deficit had he not made a regular commitment to public speaking. He told the group that he has committed to speaking engagements at least every other month so that he doesn’t lose what he has gained. From the strength of his presentation that day, we would never have guessed this to be a former weakness.

Find your stories that show that you, like everyone else, make mistakes and come up short from time to time. Declare that you take responsibility, take action, address the problem and afterwards remain committed and vigilant to turning each mistake or shortcoming into wisdom and hopefully an eventual strength. Your stories are your proof that this is true for you.

Next month’s blog will continue this interviewing best practices theme. Take a look. It will help you prepare for your next interview, take you beyond the tough questions and into the big picture and interpersonal nuances of effective job interviewing. Here’s to making interviewing one of your strengths!