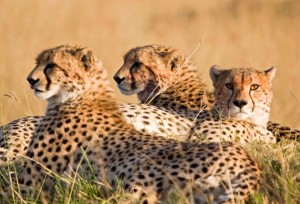 Could going solo professionally be your future career direction? I began to think seriously about this option in 2001. That is the same year author Daniel Pink published Free Agent Nation, The Future of Working for Yourself. This book has been an inspiration and a compass ever since.

In 2004, long before my 2010 shift to solo entrepreneurship, I took the advice from Daniel Pink’s book and formed my first F.A.N. (Free Agent Nation) club with four former clients. We still meet twice yearly. I created my second group, composed of eight solo career and executive coaches, in 2006. We still meet monthly. These groups have been instrumental to my success and well being as a free agent. In this blog I’ll describe F.A.N. Clubs for anyone wishing to go solo and go farther by going together.

In 2002, I heard Daniel Pink give the keynote presentation at a career consultants’ conference. He had recently published the first edition of his Free Agent Nation book. Pink made a strong case for the inevitable growth and benefits of free agency. He also paid special attention to the needs of his audience, and discussed how solo entrepreneurship could offer great opportunities for both career coaches and their clients.

Before this conference ended, several of us met to discuss both the up and down sides of free agency. There were an abundance of positives already described by Pink in his lecture and book, but we felt we also needed to discuss approaches to the biggest land mines of free agency. We decided that the areas of greatest concern were social isolation, intellectual isolation, inability to leverage resources, and obsessive/workaholic tendencies.

As it turns out, Pink had already anticipated each of our concerns. In the second edition of his book, published later that same year, he added a resource guide that offered many helpful remedies for the problems we had noted.

I listed Daniel Pink’s 101 free agent survival strategies in my January, 2012 blog. Click this link to see this list. In another section of his resource collection, Pink offered 10 suggestions for starting and maintaining a F.A.N. Club.

Think about what you want to accomplish.

Meet at a regular time.

Stick to an agenda.

My first group successfully incorporated Pink’s suggestions for starting and managing our F.A.N. club. This included inviting him to one of our meetings! At the time, he was working on his book, A Whole New Mind: Why Right-Brainers Will Rule the Future. During our one hour phone session we discussed his and our ongoing and anticipated challenges and opportunities in free agency. Topics that day included writing, living a free agent life, growing a client base, and dealing with risk and uncertainty.

My second group, formed in 2006, has met every month for nine years. We have maintained the same eight person membership over these years, and have helped one another with the countless ups and downs of independent entrepreneurship. We have gone far together. We anticipate continuing this group indefinitely as we navigate free agency, as a supportive team of equals.

If you choose to leave a corporate working identity and go solo, be sure to get help and advice from both peers and seasoned veterans like Daniel Pink along the way. Don’t let yourself become isolated socially, intellectually or professionally.

Find a way to share the journey with others who can help guide and support your future success, and do the same for them. Create or join a group like the F.A.N. Clubs I have described in this blog. Chances are very good that you will go much farther than you could on your own, and you’ll be happier and more productive along the way. Happy trails to you!