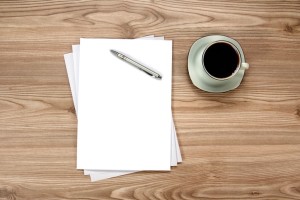 When it is time to prepare for your next job interview, you’ll need to line up your best stories. You’ll need builder, driver, and comeback stories. I’ll describe these three storylines in both their distinct and blended versions. These stories will help you reveal yourself as an effective, versatile and resilient leader.

Stories are the lifeblood of job interviews. They offer historical evidence that you have successfully applied your skills and knowledge in circumstances similar to those of your prospective employer.

For all three storylines described in this blog, I suggest you use the CAR sequence; challenge, actions, and results. This is how interviewers prefer to hear your stories. They first need the details of the challenge, then the actions you took, and finally the measurable results.

Builders put the right people together, ensure the capability of their people, set the endpoint, communicate the strategy and priorities, and ultimately deliver a successful outcome. As a leader, you will need several builder stories that reveal you as a person who has succeeded in small and large initiatives that are similar to those of your prospective employer.

A strong builder can bring about a successful outcome without necessarily dealing with significant resistance or underperformance along the way. When serious breakdowns do occur, however, then driver capabilities need to be initiated. When have you needed to shift to a tougher style in order to drive greater success, and how has that worked for you? Expect this question as you tell your builder stories.

Great leaders posses a skill set and judgement that enables them to effectively go back and forth between building and driving. They usually get the best results with these combined skills, and can offer stories that reveal this versatility and effectiveness.

Earlier this month, I read a Harvard Business Review article by Daniel Goleman and Richard Boyatzis titled, Emotional Intelligence has 12 Elements. Which do you need to work on? This article is about the limitations of building only on the strengths you favor, and the advantages of being a more fully formed leader, strengthening all 12 emotional intelligence elements described in the article.

Examples include the ability to deliver difficult feedback to employees, the courage to ruffle feathers and drive change, the creativity to think out of the box. Conflict management, like bringing simmering issues to the surface, is another example of skills tied to a broader definition of emotional intelligence.

While in an interview situation or a networking conversation, I have noticed that job seekers often speak in shorthand, and don’t spend enough time with the struggles they have needed to address as leaders. To become a great story teller and a stonger candidate, flesh out your stories on both the builder and driver sides of your struggles and successes.

Interviewers will expect you to have at least one story that reveals how you deal with failure. If you don’t have any failure stories, you will likely be viewed as not willing to take enough risks, or not having been sufficiently tested to be considered a seasoned candidate for their leadership job.

Go back in your history and uncover a time when you failed to get the desired result in a project you led. Stories need to have a strong finish, so describe a failed initiative that was instructive, led to smarter decision making and lessons that were linked to the success of the next project.

Wisdom gained from failure comes from the indelible lessons the experience offers. How has failure shaped your thinking and behavior? How has it contributed to your subsequent success?

Job interviews are about results you have achieved in similar situations, and the methods you have used to get those results. These are your stories. How balanced and effective you have been as a builder, a driver, and during failures and comebacks, will be predictive of your future success.

Prepare your best examples of these three storylines in both their distinct and blended versions. Write down and rehearse your stories in advance of your next job interview in the CAR structure I have described. If you do this well, you will be seen as an effective, versatile and resilient leader in your upcoming job interviews.

Getting Hired: A 4 Step Progression Adjust Your Rear-View Mirror Before Taking Off
Scroll to top